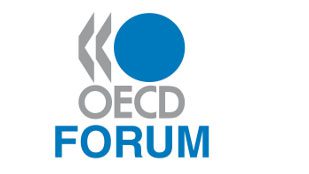 Make a short video (no more than 3 minutes) responding the following questions: Think differently: how would you shape tomorrow’s global economy? What are the key issues that you think must be factored into building a more inclusive world?

The Prize
An all expenses-paid trip to Paris, France to attend the OECD Forum on 28-29 May 2013. The Prize will be awarded to three winning videos selectd by our Jury. If a winning video is a group effort, then a nominated representative will be invited to Paris.

Theme
The worst financial, economic and social crisis of our lifetime led to widespread condemnation of “business as usual” and calls to revisit, rethink, and test new approaches to economic and societal challenges. We need to rethink the kind of society we want and reexamine the economic models and other tools we use to create it. If you’re between 18-25, make a three-minute video laying out your vision on future economic models and how would you shape tomorrow’s global economy. The winners will gain a trip to Paris during OECD Week in May 2013.

Think differently: how would you shape tomorrow’s global economy?

What are the key issues that you think must be factored into building a more inclusive world?

To be eligible for prizes, you must be aged between 18 and 25 years during the period of this competition (17 December 2012 to 2 April 2013). That means you must have been born on or between 15 December 1986 and 1 April 1995. Proof of identity will be required from all finalists.

After the competition closes at midnight (Paris time) on 2 April 2013, a Jury will decide the three winners. Videos will be judged in terms of creativity, originality, message content and overall presentation (sound and picture quality).

Three competition winners will be announced on 22 April 2013 and notified by e-mail, as well as published on this website.

Complete and submit this electronic Registration Form (including a link to your video on YouTube) by Midnight (Paris time) on 2 April 2013. Any Registration Forms received after this date will not be considered for a prize, under any circumstances.