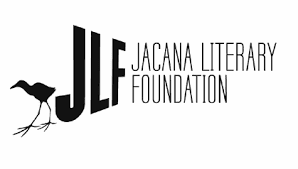 A new award and anthology on the topics of gender, human rights and sexuality, for writers and photographers across Africa.

Gerald Kraak (1956–2014) was a passionate champion of social justice, an anti-apartheid activist and the head of the Atlantic Philanthropies’ Reconciliation and Human Rights Programme in South Africa. He authored the European Union Literary Award-winning Ice in the Lungs (Jacana, 2005), which explores South African politics, and directed a documentary on gay conscripts in the apartheid army. He is remembered for being kind and generous, delightfully irreverent and deeply committed to realising an equal and just society for all.

Created in honour of his extraordinary legacy, this new annual award is made possible in partnership with The Other Foundation, and will advance Gerald’s contribution to building a society that is safe and welcoming to all. The unique and vital anthology will feature English language writing and photography from and about Africa. Exceptional works which explore, interrogate and celebrate the topics of gender, sexuality and human rights will be short-listed, and given a voice through publication.

Works which fall within one of the following categories are accepted:

Entries must have been created by a citizen of an African country, who primarily lives and works on the continent.
Written submissions must be in English.

• Up to three entries are permitted per author, across categories. Each entry must be submitted on a separate electronic entry form.

The entry form calls for a short biography (100 words maximum) and contact details of the entrant. These should not be included on the work being submitted, as the award is judged blind and the entrant remains anonymous until the shortlist has been selected.

• Submissions are considered to implicitly indicate the entrant’s permission for their work to be published in the anthology, if shortlisted, for no payment or royalty.