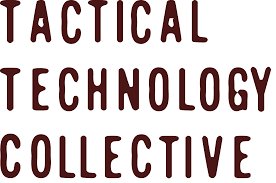 The residency is designed to support activists from Latin America, Africa, Asia, Central Asia, the Caucasus or the Middle East, who utilise digital technologies extensively in their work.

Tactical Tech will host the residency in its offices in Berlin, Germany, from mid September 2016 to mid November 2016.

The residency is part of a project launched by the Tactical Technology Collective and Reporters without Borders Germany, meant to strengthen Berlin as a hub for a creative community that can inspire change around the world. Tactical Tech will host 2 residents simultaneously. In parallel, Reporters Without Borders will host a residency for a journalist.

are looking for an experienced digital activist interested in joining a small team working internationally in the framework of our project Exposing the Invisible.

Exposing the Invisible is the main project under Tactical Tech’s programme area Understanding and Shaping Issues. The project focuses on how to find, use, curate and activate data, evidence and information in order to tell stories with it. Our small team and the people we collaborate with have a selection of mixed skills and experiences that include data experts, artists, reporters, designers, programmers, tool developers, film makers, activists and researchers.

During the residency period of September to November 2016 we will be working on a number of projects including our continued research and development on new investigation techniques on Sonic Investigation and Seeing from Above, looking at how to integrate digital security into investigation workflows and lastly the continued testing of Littlespoon, a tool that captures public data for investigation purposes.

There is also room for our residents to work within our framework on their own investigations and interest areas.

To be eligible you need to:

Tactical Tech will prioritise applications from those working in conflict and post-conflict contexts.

As the resident, you will be provided with:

Fill in the online application form by 3 July 2016

Only properly completed application forms will be considered. Pre-selected candidates will be contacted for an online interview by mid July.

If you have any questions, please do not hesitate to contact us at [email protected]   (GPG public key E1547869)