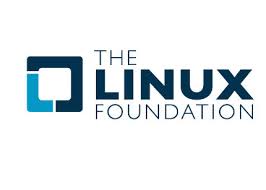 The 2013 Linux Jobs Report shows demand for Linux pros exceeding other areas of technology for the second year in a row. Ninety-three percent of employers said they will hire Linux pros in the next six months, while 90 percent said finding Linux talent is difficult. When they do find it, they pay higher salaries and offer better perks to the Linux pros.

The Linux Foundation helps meet this demand by providing professional Linux training opportunities that prepare Linux pros for these positions. But we understand not everyone can afford to take advantage of these opportunities, so the Linux Training Scholarship Program provides funds to developers and IT professionals who show incredible promise for building Linux careers and helping to shape the future of the operating system but do not otherwise have the ability to attend Linux Foundation training courses.

The Linux Foundation’s Linux Training Scholarship Program in 2013 will award five scholarships to individuals who demonstrate the greatest need and who have already demonstrated an interest in Linux and open source software. We seek to find individuals who want to contribute to the advancement of the Linux operating system and help influence its future.

The Linux Foundation this year is offering one scholarship in each of the following five categories:

Whiz Kids: High school or college grads already familiar with Linux but who want to prepare for their career with extra training. Applicants must be 18 years or older.
Women in Linux: Women who have demonstrated leadership or want to take initiative in creating opportunities for themselves or other women in Linux.
SysAdmin Super Stars: SysAdmins who have already begun using Linux in their workplace but want to take their work to the next level with additional training.
Developer Do-Gooder: Developers who use Linux for good and who are looking to expand that good work while enhancing their Linux skills.
Linux Kernel Guru: Individuals who have already contributed to the Linux kernel community and show promise of becoming a Linux maintainer.

Winners in 2013 will also receive a 30-minute, one-on-one mentoring session with one of The Linux Foundation’s Linux training instructors.

Submissions are due by midnight PT on July 23, 2013 and will be reviewed by a panel of Linux Foundation staffers. Recipients will be notified early-to-mid August and will be publicly announced shortly thereafter.