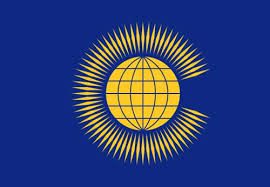 Sixteen extraordinary young people from across the Commonwealth have been shortlisted for the prestigious 2015 Commonwealth Youth Awards for Excellence in Development Work.

The awards recognise outstanding young people under 30 whose development projects and programmes have had significant impact on their communities, countries and across the globe.

The regional finalists from countries in Africa, Asia, the Pacific and the Caribbean, were chosen for their work in diverse fields such as the environment, gender equality, education and youth entrepreneurship and empowerment.

Katherine Ellis, Director of Youth at the Commonwealth Secretariat, said: ‘Young people throughout the Commonwealth are creating and leading projects that have real and tangible impact. The work of our incredible finalists is proof that young people are integrally involved in the process of change, and not simply passive beneficiaries of development.’

In addition to a cash prize, trophy and a trip to London to meet Commonwealth leaders, winners will be given the opportunity to develop valuable networks and contacts.

Regional winners will be announced on 10 March in London during Commonwealth Week, when the pan-Commonwealth winner will also be revealed.

Commonwealth Week is celebrated by young people, schools, communities and civil society organisations every year in March. The occasion is marked across the Commonwealth with a range of activities – including a multi-faith observance at Westminster Abbey in London on Commonwealth Day, which is on 9 March this year.

The 2015 Commonwealth theme is ‘A Young Commonwealth’. It recognises the capacity, contribution and potential of young people, who form over 60% of the Commonwealth’s population, and the vital role they play in nation building.

The finalists for the 2015 Commonwealth Youth Awards for Excellence in Development Work are:

Ms Nakitende Catherine (Uganda, age 24) started Kingfire Energy Solutions in November 2013, to provide a cleaner and cheaper alternative to coal and tackle problems such as deforestation, waste management, limited access to energy and respiratory diseases. Created with a capital of just 1000 UGX ($0.04), the innovative business, which benefits poorer communities, won the SEED Initiative Africa Award in 2014.

Ms Ijeoma Idika-Chima (Nigeria, age 23), a 2014 Young Leader and a Mandela Washington Fellow, founded Teenz Global Foundation – an NGO that works to promote education among young people and support at-risk youth. Since June 2011 Teenz Global has reached over 12,000 teenagers in Nigeria through its free guidance, counselling sessions, and provision of education support services.

Ms Esther Kalenzi (Uganda, age 26) has been improving access to education for orphans and children from poor families, through her youth-led charity 40 Days Over 40 Smiles Foundation. Kalenzi’s organisation, which has helped over 700 vulnerable children, spearheads income generating projects in slums and uses social media and social events to raise funds and resources to mobilise volunteers.

Mr Julius Shirima (Tanzania, age 25) founded Darecha, a youth entrepreneurship organisation and micro-venture capital fund to tackle youth unemployment, while still in high school. Darecha has a network of approximately 5,000 young people and is used as a model for youth empowerment in other countries. It enables young Tanzanian entrepreneurs to transform their business ideas into profitable ventures that provides employment.

Ms Brianna Fruean (Samoa age 16), who has represented the youth voice in multiple global climate change forums, is a Young Environmentalist Activist 2013 awardee and a member of the Pacific Youth Environment network.
Mr Sam Johnson (New Zealand, age 25) is part of the Asia/Pacific Alliance for Volunteer Action for Peace and Development.
Mr Jamie Moore (Australia, age 28) is Vice-Chair of the Australian Youth Forum and General Manager of Hello Sunday Morning – an online youth-led initiative that encourages young people to take a thoughtful and responsible attitude toward alcohol use.