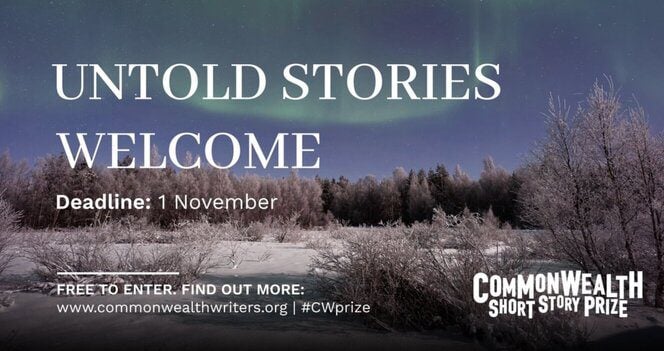 The Commonwealth Short Story Prize started in 2012 with the launch of Commonwealth Writers. Free to enter and with a global reach across five continents, the Prize seeks out talented writers and brings stories from new and emerging voices to an international audience. Stories often come from countries with little or no publishing infrastructure and from places that are marked by geographical, geopolitical or economic isolation.

The Prize attracts between 5,000 and 6,000 entries each year from almost all of the 54 countries of the Commonwealth. It is awarded for the best piece of unpublished short fiction. You don’t need an agent, just an internet connection to submit your unpublished story of 2000-5000 words. Entry is always free and stories can be submitted in Bengali, Chinese, English, French, Greek, Kiswahili, Malay, Portuguese, Samoan, Tamil and Turkish, and in translation into English from any language.

The Prize is judged by an international panel of writers, comprising a chair and five judges, one from each of the Commonwealth regions – Africa, Asia, Canada and Europe, the Caribbean, and the Pacific. The panel select a shortlist of around twenty stories, from which five regional winners are chosen.