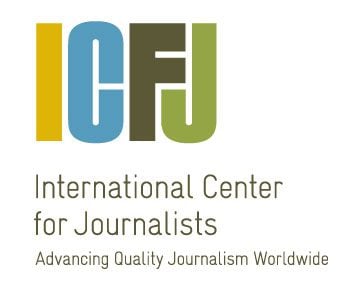 The International Center for Journalists (ICFJ) in collaboration with ONE and the Elliott family seek entries for the inaugural 2017 Michael Elliott Award for Excellence in African Storytelling. Mike served as a distinguished editor at The Economist, Newsweek and Time before becoming CEO of ONE. Earlier this year, he had spoken of his dream to establish an award that would bring together his belief in great journalism with his commitment to progress in Africa.

This annual award in his name will honor an up-and-coming journalist in Africa who tells important stories through quality reporting.

The award winner will receive a $5,000 cash prize to pursue an in-depth reporting project. The winner will also spend time in U.S. newsrooms to learn new skills and receive mentorship from ICFJ, helping to catalyze additional reporting that engages and empowers Africans.

Eligibility:
• The contest is open to up-and-coming, English-speaking journalists working for print, broadcast and online news media based in Africa.
• Applicants must submit a published story or series that reflects top-notch storytelling about important issues.
• Submissions can include feature stories; in-depth, investigative or explanatory pieces; or multimedia reports or documentaries.
• Published stories or broadcasts must be submitted in English. Works in other languages must include English translations.

A distinguished jury will select the inaugural honoree. The winner will be announced March 15, 2017, and will be honored at ICFJ’s Board Dinner in New York on May 31, 2017.

For more information on the Michael Elliott Award, please send an email to Alyssa Mesich at [email protected].