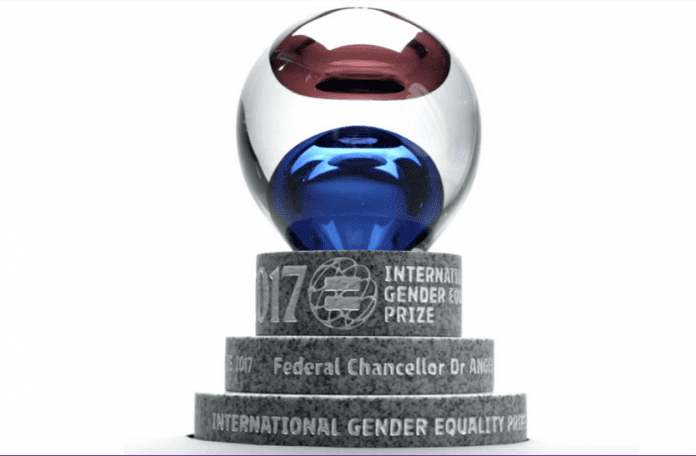 The call for proposals for the Finnish Government’s International Gender Equality Prize is now open to the public. The prize, which will be awarded for the second time in autumn 2019, can go to a person or organisation working to promote gender equality in an internationally significant way. The award sum for the next prize has been increased to EUR 300,000.

The prize, established in 2017 in honour of the 100th anniversary of Finland’s independence, was first awarded to Federal Chancellor of Germany Angela Merkel, whose life’s work has made her one of the world’s most influential people and an example to many women and girls.

The prize includes a sum of EUR 300,000, which is intended not for the recipients themselves, but is rather directed to a cause that advances gender equality. Chancellor Merkel granted her prize money (EUR 150,000 in 2017) to an NGO working to promote the rights of women and children in Niger. The organisation, SOS Femmes et Enfants Victimes de Violence Familiale, is using the prize money to build a residential shelter for victims of domestic violence in the Nigerien capital of Niamey.

The International Gender Equality Prize is awarded once every two years in cooperation with the City of Tampere. The next prize will be awarded in autumn 2019.

You can nominate a candidate on the prize website until 31 December 2018 at www.genderequalityprize.fi. The nomination form must be completed in English.