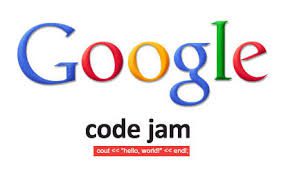 Code Jam is back for its 18th year! Join the Code Jam community and take on a series of intriguing algorithmic puzzles designed by Google engineers. You’ll have a chance to earn the coveted title of Code Jam Champion and win $15,000 at the World Finals. What are you waiting for?

Google’s longest running global coding competition, Code Jam, calls on programmers around the world to solve challenging, algorithmic puzzles against the clock. Contestants advance through four online-hosted rounds to compete at the annual Code Jam World Finals that is held at a different international Google office each year. Each round brings new challenges, and in the end 25 contestants will have the ultimate chance to put their skills to the test, vying for cash prizes and the coveted championship title at the World Finals.

Code Jam is Google’s longest running global coding competition, where programmers of all levels put their skills to the test. Competitors work their way through a series of online algorithmic puzzles to earn a spot at the World Finals, all for a chance to win the championship title and $15,000.

Register and compete in Code Jam’s Online Qualification Round. It lasts 30 hours, but you won’t need that long to earn the round’s qualifying point minimum. Once you do, you’ll advance to Online Round 1. We offer three sub-rounds for Round 1, and you can compete in as many as it takes for you to finish in the top 1,500 of any of these rounds.

The top 25 contestants from Code Jam Online Round 3 will compete in the Virtual World Finals for the championship title and a cash prize of $15,000.