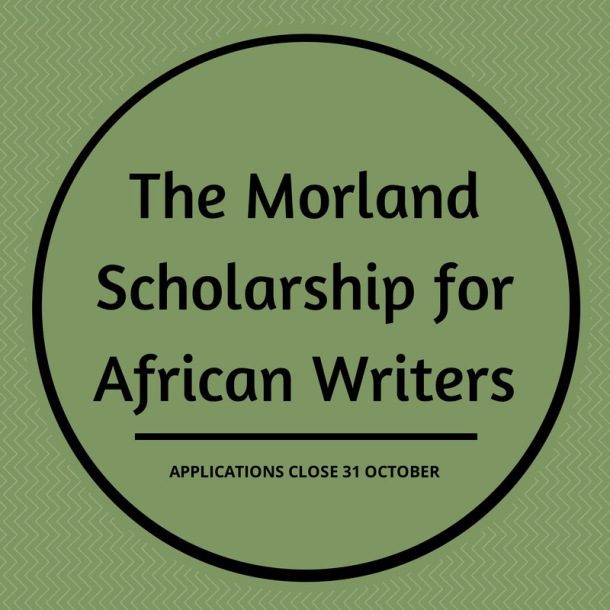 The Miles Morland Foundation is pleased to announce the winners of the 2015 Morland Writing Scholarships. The winners each receive a grant of ₤18,000 to allow them to take a year to write a book. This year for the first time MMF gave in addition two non-fiction awards of £27,000 to be paid over a year and a half to allow the scholars time for research. The awards are based on submissions which include a book proposal and an excerpt of published writing.

“Women writers began emerging as an unstoppable force a year ago but this year it was a rout. All five scholarships have gone to women, despite the fact that overall there were more male than female applicants. Women dominated both the long list sent to readers and the shortlist that went to the judges. Of the twenty-one writers on the short list nineteen were women.”

Miles Morland, a man, said, “This shows that women are the superior gender but we knew that already, didn’t we?”

Michela continued, “Overall, the Foundation received 345 applications, down from 2014’s 482. The overall number has dropped, but we felt that individual applications were of a higher quality, suggesting that prospective writers now have a better grasp of what the scholarship offers and entails. Many writers are making second attempts, a development we encourage.

“The applications came from across the continent, 23 African countries in all, with Nigeria, South Africa and Kenya dominating as usual. The Judges gave three Scholarships to Nigerians, all very different writers. We were impressed by the explosion of literary energy coming from West Africa. MMF know there is also a wealth of creativity and talent in East Africa and hope that next year that will be reflected in the Scholarships.”

The Judges for this year were three distinguished African literary figures, Ellah Wakatama Allfrey, the Chair, accompanied by Olufemi Terry and Muthoni Garland. Below are Ellah’s comments on the new Scholars –

Fatin Abbas (Sudan) Non-fiction Fatin Abbas’ work will weave together personal narrative and an examination of contemporary Sudanese identity with an account of her country’s history of slavery. In a proposal that stood out for its clarity of thought and careful planning, Abbas impressed the judges with her ambition to transform a personal story into an investigation of colonialism, conflict and the unlikely ties that bind a people together.

Akwaeke Emezi (Nigeria) The Death of Vivek Oji – Fiction Emezi plans a novel in which a mixed race couple mourn the loss of their adult child – found murdered in the market place. What begins as a tale of loss becomes an investigation of sexuality, gender identity and intolerance. The judges praised Emezi’s prose style and her ability to weave narrative and character towards a potentially brilliant work of imagination.

Karen Jennings (South Africa) The Harbour’s Breast – Fiction Jennings’ novel is a story of a lighthouse keeper on an island off the coast of an unnamed African country whose solitary life is changed by the arrival first of an injured man seeking refuge and then the body of a murdered woman that washes up on shore. The judges were struck by Jennings’s proposal to use this story to explore the realities faced by African refugees who risk their lives to seek safety, and of the inhabitants on whose shores they land.

Bolaji Odofin (Nigeria) Ye Gods – Fiction  Odofin will write a novel in which the deities of Nigeria find themselves invaded by a new pantheon and mortals find themselves the pawns in a fight for their souls. The bold ambition of this proposal delighted the judges who were inspired by Odofin’s desire to use humour to comment on Nigeria’s recent history, religion and the confluence of belief systems.

Noo Saro-Wiwa (Nigeria) Non-fiction  Saro-Wiwa’s book will focus on the lives of Africans who have chosen to live in China. It will shed light on relations between the Africans in this diaspora and the Chinese. The judges were inspired by Saro-Wiwa’s submission and impressed by her approach to a topic of vast political, economic and social relevance.

Visit the Official Webpage of the Morland Writing Scholarship