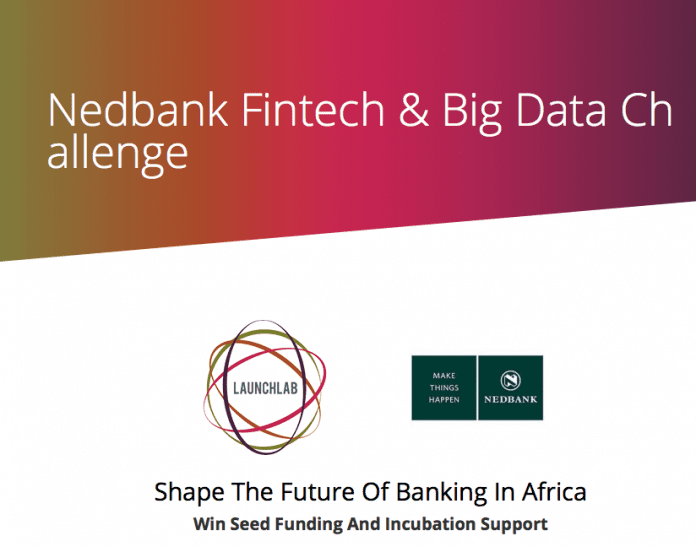 LaunchLab together with Nedbank will be engaging on an exclusive Fintech & Big Data Challenge which will run from mid-August to October 2016.

This challenge will consist of:

The Organizers will be receiving pitches online via our dedicated wetransfer.com channel, as well as through in-person pitching sessions on the following dates:

Entrepreneurs only get 3 minutes to record a video pitch. LaunchLab provides no facilities for displaying visual demos or presentations, but props and demo devices are allowed.  Any content beyond the 3 minute time limit will not be considered in the judging.

The Organizers look for the following criteria in the pitches that we receive:

There will be an exclusive Fintech & Big Data Pitching Platform Final hosted by the LaunchLab together with Nedbank on the 20th of October at the Nedbank Stellenbosch University LaunchLab.