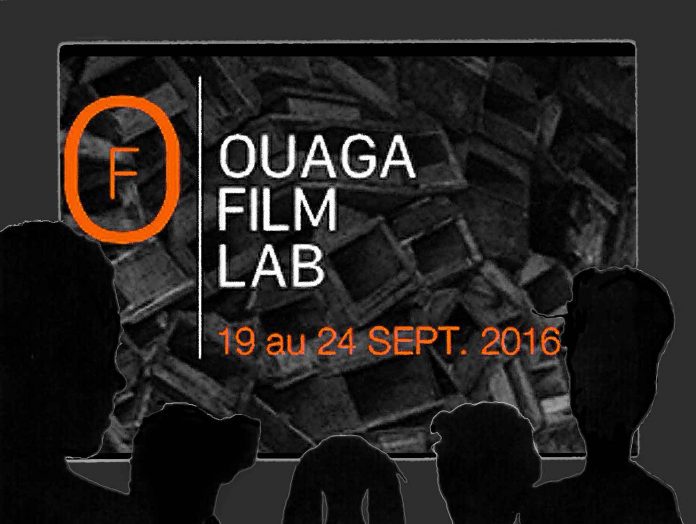 OUAGA FILM LAB will take place from 19 to 24 of September 2016 in Ouagadougou, Burkina Faso.

OUAGA FILM LAB’s primary goal is to strengthen the competitiveness of directors and producers from West Africa for major international labs, and also to facilitate access to local financing and international co-production through close collaboration with experienced mentors from across the African continent.

Following the call for projects, a committee will select a dozen film projects that will be invited to participate in the first edition of OUAGA FILM LAB. The main selection criterion is primarily the artistic quality of the projects and the subject matter.

This call for projects is aimed at film and audiovisual professionals from West Africa who meet the criteria set out in the regulations of Ouaga Film Lab 2016.

OUAGA FILM LAB is an initiative of the group of producers, directors, film critics and cultural consultants named Generation Films, based in Burkina with international partners and collaborators.

OUAGA FILM LAB is dedicated to film projects from West Africa.
• All projects must be presented by a director or a producer.
• The director of the proposed project must originate from one or more of the15 countries in the West
Africa region: Benin, Burkina Faso, Cape Verde, Ivory Coast, Gambia, Ghana , Guinea (Conakry),
Guinea Bissau, Liberia, Mali, Niger, Nigeria, Senegal, Sierra Leone and Togo.
• The producer must be from one of the 54 countries on the African continent.
Prizes:
After the residential phase in Ouagadougou, five (5) prizes will be awarded to the best projects:
1. The EAVE prize which will provide the producer with a scholarship to participate at the EAVE Producers Workshop 2017.
2. The UNICEF prize which will provide fund for development.
3. The Organisation Intenationale de la Francophonie (OIF) prize which will provide fund for development.
4. Institut français – Fabrique des Cinémas du Monde prize which will provide a scholarship to participate at an international lab.
5. FIDADOC prize which will provide a ticket to participate to the documentary project development at the Festival international de film documentaires d’Agadir au Maroc
Benefits:
Application Procedure:
Applications must be written in French, Portuguese or English. Any candidate (director or producer) may propose a maximum of 2 projects.
Each submission should include:
• A synopsis (A treatment of 10 pages or 15000 characters)
• A statement of intent from the director (max 1 page)
• A statement of intent from the producer (maximum 1 page)
• Curriculum vitae (filmography) of the director and the producer,
• A presentation of the production company,
• A detailed budget (in local currency and in euros)
• Project funding Plan
• A technical and artistic sheet
• A passport photo of the director and producer – JPG format (300 dpi / 10×15 cm)
• A copy (web link if the film is online or a DVD) of the last film of the director or producer subtitled in
French or English (It can be a short or a feature film).
Submit Application for the OUAGA FILM LAB 2016
For More Information:
Visit the Official Webpage of the OUAGA FILM LAB 2016