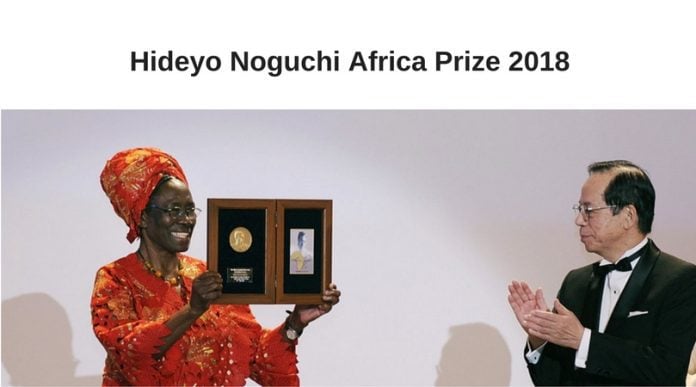 The spread of infectious diseases presents a common threat to all humankind. Mindful that Africa faces this scourge most acutely, the Government of Japan established the Hideyo Noguchi Africa Prize in July 2006 in memory of Dr. Hideyo Noguchi (1876-1928) whose belief in medical advancement and self-sacrificing activities in Africa remain a beacon of inspiration to all.

Guided by these ideals and mindful of the ominous human suffering persisting in Africa, the region facing the most serious health challenge on the globe, the Prize aims to honour individuals with outstanding achievements in the fields of medical research and medical services to combat infectious and other diseases in Africa, thus contributing to the health and welfare of the African people and of all humankind.

The Prize is awarded every five years and the second award will be presented in June 2013. (The first award was presented in 2008.)

Value of the award

Each category of the Prize consists of a citation, a medal and an honorarium of 100 million yen (≒1.18 million dollars).

Nomination guidelines for both categories: Medical Research and Medical Services

Nomination form for both categories: Medical Research and Medical Services