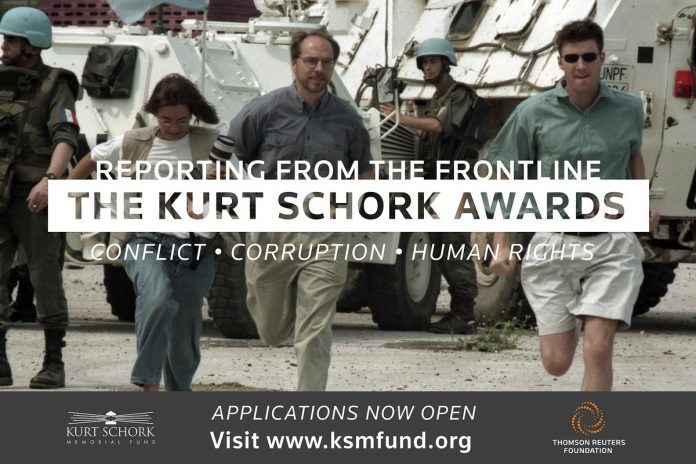 The Kurt Schork Memorial Fund (KSMF) is now accepting submissions for its 2018 awards in international journalism.

Since its inception in 2002, the Kurt Schork Memorial Fund has sought to support those journalists Kurt most admired, the freelancers and local reporters whose work is often poorly paid, mostly unsung and all too often fraught with danger.

Today, the three annual awards, for freelance and local journalism and, since 2017, for newsfixers, are recognized worldwide as a mark of excellence and have an established track record for brave reporting on conflict, corruption and injustice.

The 17th annual call for awards is therefore now split into three categories:

Additional material you must provide:

In the case of the fixer award, we require from the nominating journalist:

The maximum file size for text submissions or scans is 5Mb.