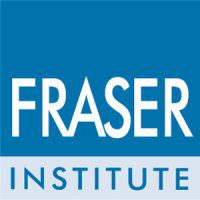 Showcase your ideas on public policy and the role of markets by entering our essay competition. Each year the Institute holds a competition for students, designed to encourage and develop student writers.

Topic: “Is the “War on Drugs” working or is it time for drug policy reform?”

The so-called “War on Drugs” has cost taxpayers an astronomical amount of money. Yet many would argue that problems associated with illegal drugs and the drug trade are growing. From increased gang violence in Canada to the thousands of people murdered by drug cartels in South America, we must ask ourselves: when are the financial and human costs too high?

When the government’s solution is to spend more money on tougher prison sentencing and more policing, the risks associated with the drug trade rise, which causes the price of illegal substances to increase, and makes the drug trade even more lucrative. It is an unwinnable war and many people argue that it is time for drug policy reform.

If drugs could be legally purchased, would drug use increase? Would increased tax revenue offset the associated health care costs and enable more help for those facing addiction? What would the prison population in Canada and the United States look like if possession wasn’t a crime? From a personal freedom standpoint, should adults be able to do what they want with their own bodies as long as they do not harm others?

Some countries, such as the Netherlands and Portugal, are already experimenting with different policy models, and recent marijuana legalization in some U.S. states shows that policy reform is happening. What approach should Canada, and other countries, be taking towards the illegal drug trade?

Your essay should use historical perspective, empirical evidence, and economic analysis to examine these or other questions regarding drug policy reform.

Sponsored by the Lotte and John Hecht Memorial Foundation