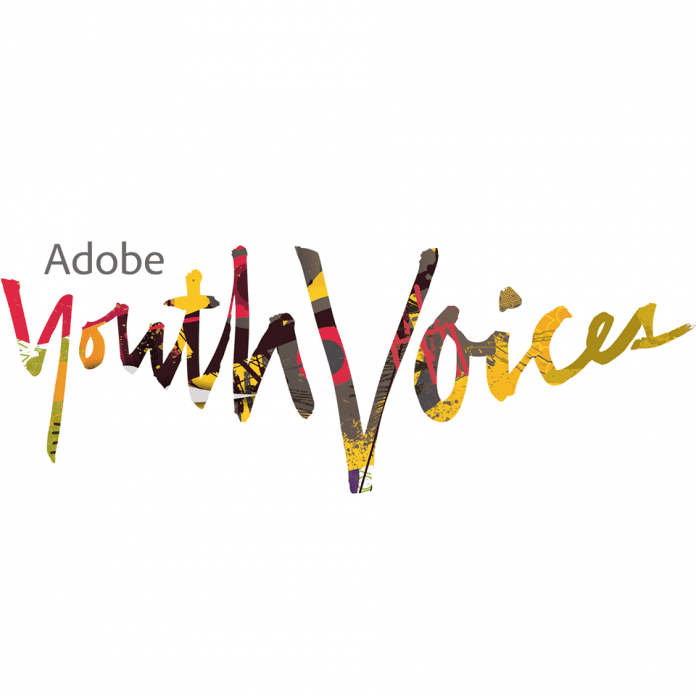 Adobe Youth Voices Awards will be awarded to three projects per category:

HOW TO ENTER:
Online Submissions Only.
CREATE YOUR SUBMISSION:
Categories: Decide which category you’d like to enter (as described below). If you’d like  to enter more than one category, you may do so, but each entry must be submitted separately.
All media must have been created on or after January 1, 2012. After you’ve decided on a category, make your own unique video(s) or non -video submission(s) (“Submissions”) in any of the following categories, making sure you follow the rules provided in the section below entitled “ Submission Guidelines.”™
Print
o Visual
Venture – an invitation for five-minute video submissions that pitch a solution to a social problem. Entrants are asked to propose a plan for implementing the solution over a year’s time and illustrate the expected impact. Venture winners will receive funding, hardware, Adobe software and mentorship from Ashoka’s Youth Venture to support the execution of their proposed plan.

Visit the Official Webpage of the 2015 Adobe Youth Voice Awards