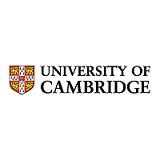 The Mandela Magdalene College Scholarships were announced in March 1995 when Nelson Mandela, then President of The Republic of South Africa, agreed to lend his name to the initiative.

The scheme results from a collaboration between Mr Chris von Christierson and other benefactors, the Cambridge Trusts and Magdalene College, Cambridge.

The scholarships enable graduates from South Africa to pursue one-year taught postgraduate courses of study at the University of Cambridge in subjects relevant to the needs of South Africa.

The scholarships are means tested. The maximum award covers:

• a maintenance allowance sufficient for a single student

Visit the Official Webpage of the  2016 Mandela Magdalene College Scholarships