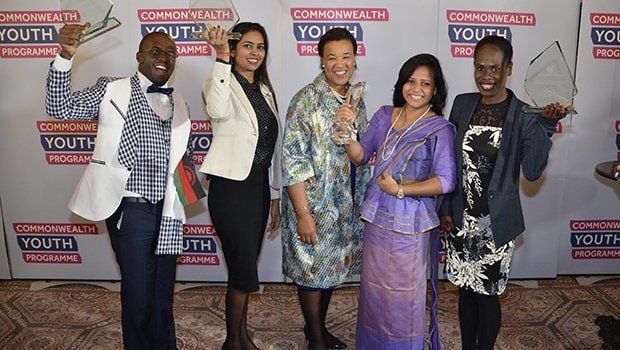 Nominations are now open for the 2018 Commonwealth Youth Awards for Excellence in Development Work. This special edition of the awards will coincide with the Commonwealth Youth Forum (CYF) preceding the Commonwealth Heads of Government Meeting (CHOGM) in London in April 2018 under the theme “Towards a Common Future”. It will highlight the contribution that young people are making throughout the Commonwealth, in areas such as poverty alleviation, conflict resolution and prevention, democracy and environmental preservation.

Young people aged 15 to 29 from Commonwealth member countries are eligible to apply for the awards, which focus this year on raising the profile and celebrating young people’s contribution towards developing a fairer, more sustainable, more secure, and more prosperous future for the Commonwealth; the four sub-themes of CHOGM 2018.

The main Objectives of the Commonwealth Youth Awards are to:-

Awards will be decided on the basis of:

Awards and shortlisting will be decided on the basis of the impact of the individual’s work, the level of innovation and problem-solving, and the quality of achievements, the sustainability of the work, and supporting evidence provided.

Applicants are strongly encouraged to link their development work and its impact to the outlined four sub-themes on the application link and the 17 SDGs, which were agreed to by the international community just under two years ago.

Visit the Official Webpage of the 2018 Commonwealth Youth Awards for Excellence in Development Work.