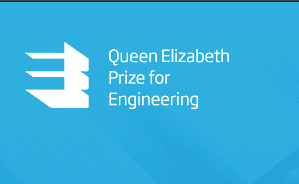 The Queen Elizabeth Prize for Engineering is a global £1 million prize that celebrates a ground-breaking innovation in engineering. The prize rewards an individual or team of engineers whose work has had a major impact on humanity.

Entry to the Prize is open to:

The winners will be awarded:

There are two ways to enter to be considered for the Prize: