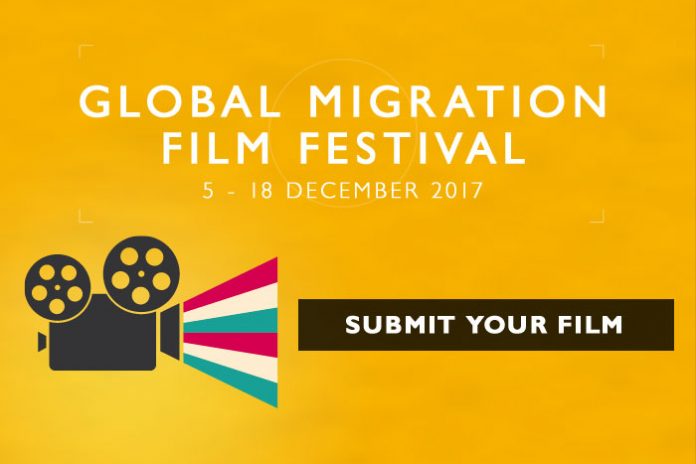 The Global Migration Film Festival showcases films that capture the promise and challenges of migration for those who leave their homes in search of a better life and the unique contributions migrants make to their new communities.

In 2016, the inaugural festival took place in 89 countries. Nearly 10,000 people attended 220 screenings at cinemas, universities, cultural institutions and other venues. The festival hosted 13 films and documentaries, as well as 200 short films about and by migrants.

Professional filmmakers working in all genres are invited to submit films on festival themes of at least 25 minutes in length to be considered by a committee of international film professionals.

Emerging filmmakers from 92 select countries  are invited to submit films on festival themes of at least 25 minutes in length for the festival and a competition. A committee of international film professionals will select three films and winners will each receive a prize of $1,500.

Filmmakers from 92 select countries who have migrated in their lifetime are also invited to submit 1 – 3 minute video profiles about their own experience or video profiles of other migrants, that will become part of IOM’s i am a migrant campaign and considered for screening at the 2017 film festival.  20 i am a migrant videos will be selected and winners will receive $100.

Visit the Official Webpage of the Global Migration Film Festival 2017