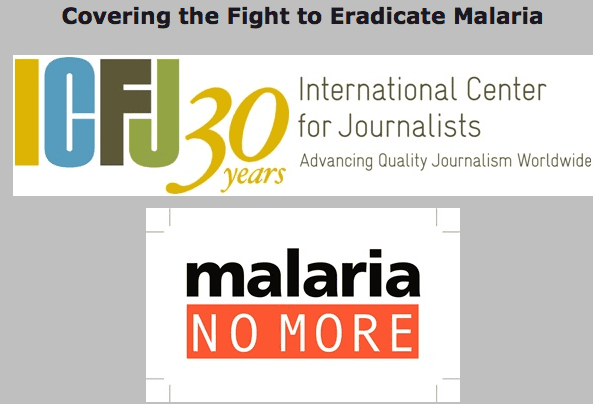 Malaria kills roughly 584,000 people a year, predominantly children under the age of five, even though it’s a treatable and preventable disease. Malaria is the deadliest and costliest disease in human history, and one of the few major global diseases that we can end in our lifetime.

Recognizing the need to cover this important issue, The International Center for Journalists (ICFJ) and Malaria No More have launched “Covering the Fight to Eradicate Malaria: A Fellowship for U.S. and Global Journalists.”

Criteria for applications:
* Journalists based in the United States, Africa, Asia and Europe who work full-time for a local or international news outlet (print, online, and/or broadcast).
* Applicants must propose at least one story idea covering malaria and related topics (though they will not be required to write about the proposed idea).
* Fluency in English is required.
* Written commitment or letter of intent from employer to publish at least one story after the tour.
* Written commitment from applicant to participate in the full program set for Oct. 25-31, 2015 (and necessary travel days).
*Applications are due September 14, 2015.