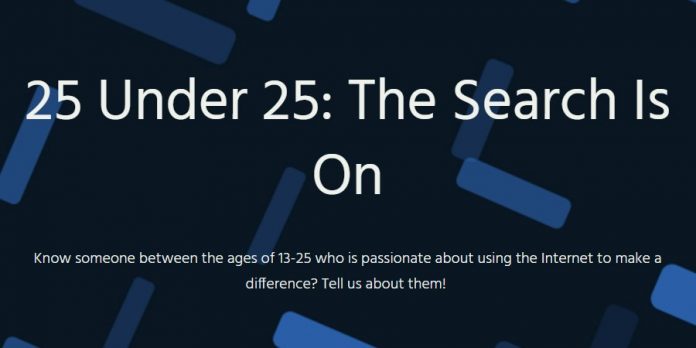 As the Internet Society turns 25 this year, we’re celebrating our past and looking ahead to the next 25. Internet Society looking for 25 people under the age 25 who are using the Internet to create opportunities in ways we’ve never thought of.  It’s the next generation of innovators, entrepreneurs and game changers.