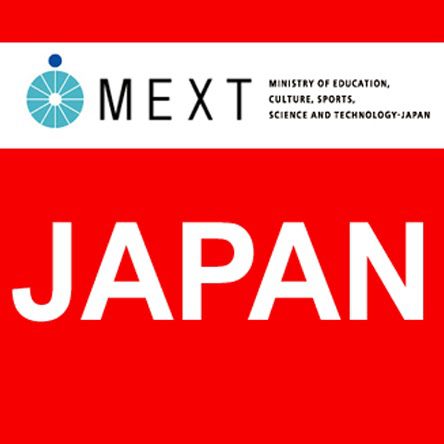 The Embassy of Japan offers Japanese Government-Sponsored MEXT (Ministry of Education, Culture, Sports, Science and Technology) Scholarship every year. MEXT scholarship supports foreign students who study in higher education institutions, selected on the recommendation of the Embassy.The application is now open for undergraduate and research students.

QUALIFICATIONS AND CONDITIONS
MEXT accepts applications from international students for study in Japan who satisfy the following qualifications and conditions. Its aim is to foster human resources who will become bridges of friendship between the grantee’s country and Japan through study in Japan and who will contribute to the development of both countries and the wider world.

(2) Age: Applicants, in principle, must be born on or after April 2, 1997. However, applicants who satisfy the conditions for Academic Background stipulated in ③ below must be 18 years of age or older at the time of admission to a university in Japan.

PERIOD OF SCHOLARSHIP
(1) A grantee who studies at a preparatory educational institution prior to enroll in a university: The scholarship period will last for five years from April 2022 to March 2027, including one-year preparatory
education in the Japanese language and other subjects due to be provided upon arrival in Japan.

For scholarship grantees majoring in medicine, dentistry, veterinary medicine or a six-year course in pharmacy, the scholarship the period will be seven years until March 2029.

(1) Allowance: 117,000 yen per month. A supplemental regional allowance of 2,000 yen or 3,000 yen per month will be added to the monthly scholarship amount for the grantees studying or conducting research in specially designated regions. Due to the situation of the Japanese Government’s budget, the amount of payment may be subject to change each fiscal year. If a grantee is absent from the university or the preparatory educational institution for an extended period, the scholarship shall be suspended for that period.
(2) Education Fees: Fees for the entrance examination, matriculation, and tuition at universities will be paid by MEXT.
(3) Traveling Expenses
① Transportation to Japan: MEXT will stipulate the travel schedule and route, and provide an airline ticket to grantees who will arrive in Japan during the specified period stated in 5.

The grantee shall also bear at his/her own expense travel and lodging
costs incurred in a third country if the grantee must travel to a third country before coming to Japan for visa purposes because there are no Japanese diplomatic missions in his/her country, or if there are no direct flights from the grantee’s country of residence to Japan. MEXT will provide an economy-class airline ticket from their home country,

The University of Nottingham Developing Solutions Masters Scholarships 2023/2024 for Study in the United Kingdom. (50% or 100% Tuition fee scholarships)