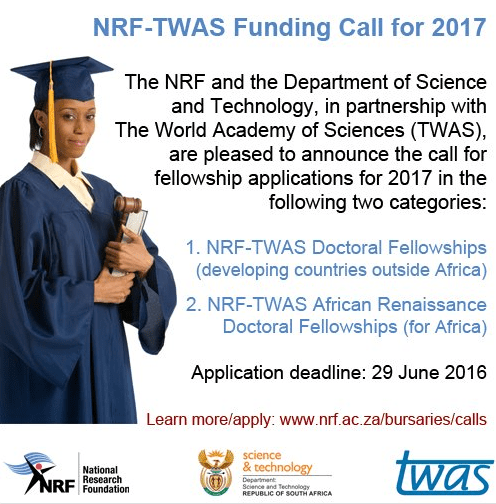 The National Research Foundation (NRF) and the Department of Science and Technology (DST), in partnership with The World Academy of Sciences (TWAS), are pleased to announce the call for fellowship applications for 2017 in the following two categories: