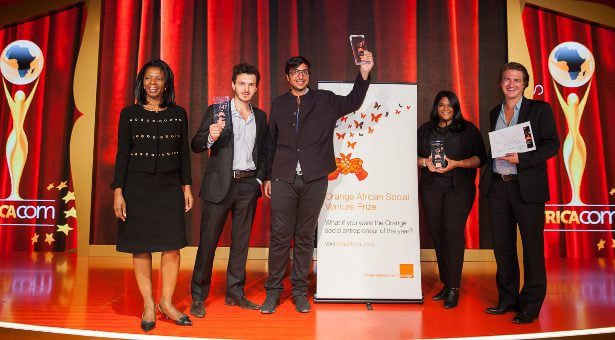 The first prize was awarded to Bassita, an Egyptian start-up that has developed the idea of “click funding

For the fifth year in a row, the Orange Group is recognizing three innovative projects that are set to stimulate development in Africa. The prize aims to encourage entrepreneurs as they launch initiatives using technology to meet the needs of people living in Africa.

More than 600 candidates responded to the call for projects, which ran from May to September 2015, reflecting the potential of the telecommunications sector to support development in Africa in fields as diverse as healthcare, agriculture, education and energy. Eleven projects were selected by a panel of judges, consisting of Orange specialists, the media and institutions that promote development.

The shortlisted projects were presented on Orange’s pan-African web portal. The three prize-winners received grants of 10,000, 15,000 and 25,000 euros, along with six months of support from Orange experts. The first prize will also be offered a patent registration.

Finally, a “favourite project” was also selected by web users on the StarAfrica portal.