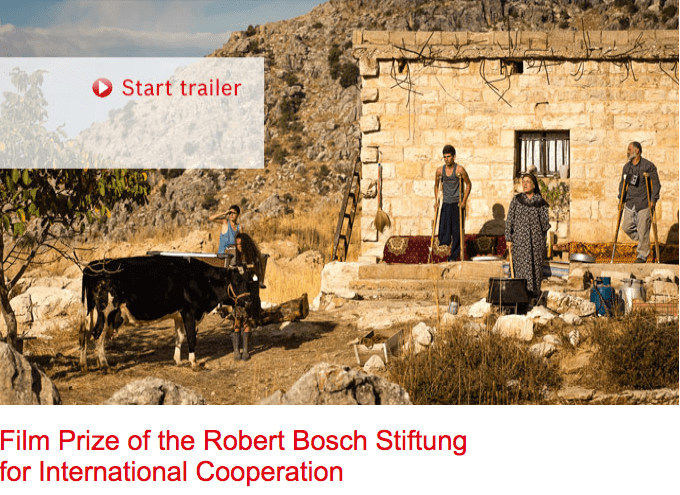 Each year the Robert Bosch Stiftung issues three Film Prizes for International Cooperation, each worth up to 60,000 euros, to mixed teams of young Arab and German filmmakers to realize a joint film project in the categories short animated film, short fiction film, and short or feature length documentary.

To facilitate the team-finding process, up to twenty Arab directors will be invited to meet with up to fifteen German producers at the Project Market Amman which takes place in cooperation with the Royal Film Commission – Jordan (RFC) from April 20 to 25, 2018. The Robert Bosch Stiftung will cover the costs for travel, accommodation and catering.