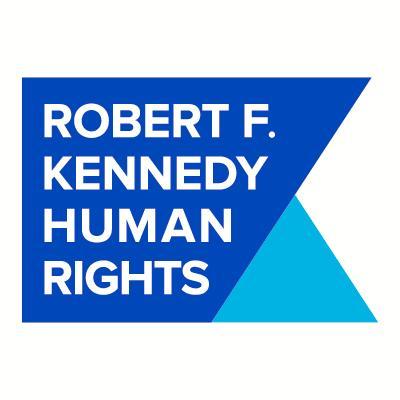 Robert F. Kennedy believed that each individual holds the power to invoke change, that a single voice has the ability to declare an iniquity, and that each time a man stands up for an ideal, or acts to improve the lot of others, or strikes out against injustice, he sends forth a tiny ripple of hope. In the spirit of Robert F. Kennedy’s ideals, the Robert F. Kennedy Human Rights Award was established in 1984 to honor these courageous and innovative individuals striving for social justice throughaout the world.

The recipients are chosen through an extensive annual selection process. Every year, the public is invited to nominate courageous non-governmental human rights defenders. A panel of independent judges selects the honoree. The recipients are awarded based on their dedication and accomplishments toward social justice and their non-violent tactics used to achieve their goals. Ideally, the nominee should be associated with, or lead, a non-governmental organization which is a major contributor to a social movement working to achieve social change, and should be working for social change within their country of origin.

Since the establishment of the Award, Robert F. Kennedy Human Rights has honored over 45 Laureates from 29 countries.

The ceremony is held in Washington, D.C. in November. The recipients are expected to travel to the U.S. to receive the Award at the ceremony in their honor, unless there are extenuating circumstances.