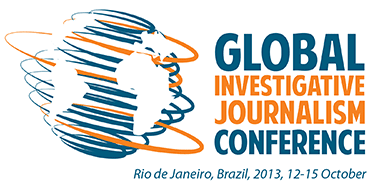 Nominations are now invited for the 2013 Global Shining Light Award for Investigative Journalism.

In October 2013, the Global Investigative Journalism Conference will again present the Global Shining Light Award, a unique award which honors investigative journalism in a developing or transitioning country, done under threat, duress, or in the direst of conditions. This is the fifth international conference at which the Global Shining Light Award is being granted. Past winners can be seen here in Geneva in 2010 and in Kiev in 2011.

The award will be announced and presented at a public forum at the global conference, held October 12 to 15, 2013, in Rio de Janeiro, Brazil.

The winning entrant will be notified by approximately mid-July. Airfare, hotel, per diems and conference registration for the journalist or one member of the team are included in the award.

The presentation of the plaque and $1,000 award will be made at the Global Investigative Journalism Conference in Rio in October 2013.

The journalist, journalism team, or media outlet provided independent, investigative reporting, which: Originated in and affected a developing or emerging country

NOTE: If the original entry is not in English, a full translation or lengthy summary of its key findings must be provided in English. If this is not available, the story will not be eligible for judging.

Entries should be sent by email or regular post to: