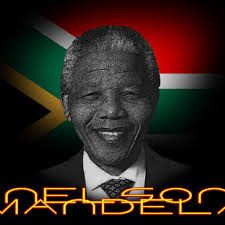 General Assembly resolution 69/269 (2 April 2015) provides the Statute of the United Nations Nelson Rolihlahla Mandela Prize, including a description of the Prize and details on the aim of the Prize; the nomination process; the composition of the Selection Committee.

Once every 5 years, commencing in 2015, an honorary award will be presented as a tribute to the outstanding achievements and contributions of 2 laureates: one female and one male who shall not be selected from the same geographic region.

In recognition of the humility of Nelson Mandela, the Prize awarded to each winner is a plaque engraved with an appropriate citation and a relevant quotation. The Committee for the Prize, in consultation with the UN Secretary-General, determine the quotation.

The Prize aims to recognize the achievements of those who dedicated their lives to the service of humanity as guided by the purposes and principles of the UN, while honouring and paying homage to Mandela’s extraordinary life and legacy of reconciliation, political transition and social transformation.

The Prize shall be awarded to acknowledge this service to humanity in the promotion of reconciliation and social cohesion, and in community development.

No current staff member of any organization of the United Nations system shall be eligible for the Prize.

How are the Laureates Chosen?

Nominations can be received from a broad variety of sources including Member States and observer States of the UN; entities and intergovernmental organizations having received a standing invitation to participate as observers in the sessions and work of the General Assembly and the Economic and Social Council; institutions of higher education; independent research centres and institutes; NGOs in consultative status with Economic and Social Council; laureates of the Prize.

Nominations are reviewed by the secretariat and a consolidated list is presented to a Committee that selects the winners.

The Committee has 7 members: the General Assembly President (Chair); a representative of the Permanent Mission of South Africa to the UN; 5 representatives of Member States of the UN (one from each of the 5 regional groups).

The Committee also selects 5 eminent individuals as honorary members to serve in an advisory capacity for a specific term during the selection process every 5 years. The individuals shall have made significant contributions to the service of humanity and to promoting the purposes and principles of the UN. Their selection is based on equitable geographical representation.

Nominations for the 2020 Nelson Mandela Prize shall reach the secretariat no later than 28 February 2020.

Individuals receiving the Prize will be announced in May of the year in which the Prize is to be awarded.

The Secretary-General will present the Prize at an award ceremony as part of the General Assembly commemoration of Nelson Mandela International Day (18 July) at UN Headquarters.

Please refer to the Statute of the United Nations Nelson Rolihlahla Mandela Prize for nominee eligibility criteria, and for further important information on the selection and process.The nomination form for the 2020 Nelson Mandela Prize is available here >>