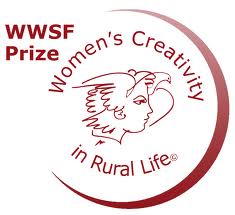 Awarded since 1994 by WWSF Women’s World Summit Foundation – an international, non-profit, humanitarian NGO, serving the implementation of women’s and children’s rights and the UN development agenda – the Prize ($ 1000 per laureate and $ 3000 for specific African women’s organisations), honors women and women’s groups around the world exhibiting exceptional creativity, courage and commitment for the improvement of the quality of life in rural communities (385 prizes awarded so far).

The Prize aims to draw international attention to laureates’ contributions to sustainable development, household food security and peace, thus generating recognition and support for their projects. While rural women are vital in providing examples of sound practice in their communities, they still do not have full access to tools needed for development, such as education, credit, land rights and participation in decision making.

By highlighting and awarding creative development models, innovations and experiences enhancing the quality of rural life, WWSF participates in addressing the eradication of rural poverty, gender mainstreaming and women’s empowerment.

Nomination materials should arrive no later than 30 April through the post. E-mail nominations are not accepted.

Nominations must include the following items:

The long-term impact of the Prize depends on the integrity of the nominators and the quality of their nominations. The Prize is an award for successful accomplishments rather than a fund for future projects. The nominee’s history (2-3 pages) should demonstrate the creativity, courage and sometimes sacrifice in her efforts at the grass roots to improve life in rural communities. Descriptions should be as specific as possible.

Any of the following elements should be emphasized:

Laureates are selected by an international Jury composed of WWSF Board of Directors; are announced officially in September and celebrated in their countries on 15 October – International Day of Rural Women. WWSF has a commitment to award annually 5 to10 creative rural women and women’s groups around the world.