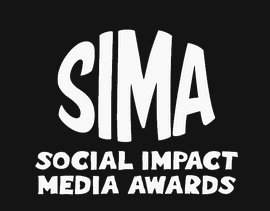 The Social Media Impact Awards  is an annual international documentary and educational impact media competition + showcase honoring members in the independent film and global humanitarian industries. SIMA champions, promotes and exhibit the works of independent filmmakers, activists and change-makers that too often remain overlooked, and provide a springboard for creative media that exemplifies excellence in its potential to inspire change.

Individual, stand-alone video, between 3 and 20 minutes in length.

All (non-English language) documentaries and educational impact videos must be sub-titled in English. Multiple projects may be submitted, however each film must have a separate completed submission form.

If your DOCUMENTARY submission is NOMINATED, You will be required to send an electronic press kit (EPK)  via email to [email protected] and exhibition screeners: 2 DVDs and Blu-ray (if available) to be sent to: SIMA AWARDS – 613 West Knoll Dr #B, West Hollywood CA 90069

Visit the Official Webpage of the Social Impact Media Awards