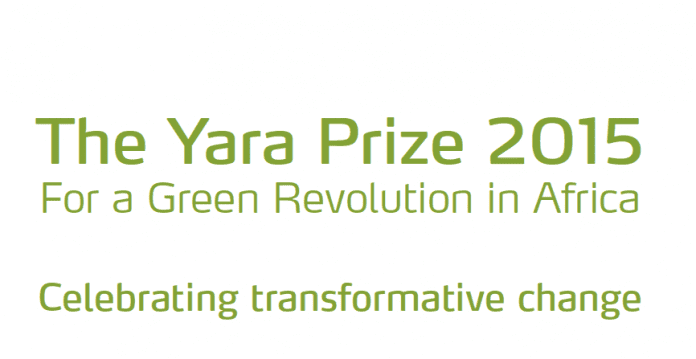 The Yara Prize was established in 2005 as a direct response to the former UN Secretary-General Kofi Annan’s call for a green revolution in Africa in 2004. It aims at celebrating significant achievements related to food and nutrition security and sustainable agriculture with a transformative power.
2015 Yara Prize Theme

In order to be considered by the Prize Committee, all nominations and supporting documentation must be received by June 19, 2015.

All nominations are confidential and the identity of the nominator, or nominating organization, will be kept in confidence.

Nominations should be sent to:

Visit the Official Webpage of the 2015 Yara Prize