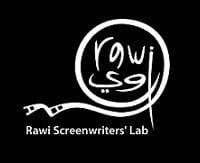 In 2005 the Royal Film Commission – Jordan (RFC) launched Rawi (Storyteller), a screenplay development lab, in consultation with the Sundance Institute. Independent Arab screenwriters (Fellows) are offered the chance to develop their work in a uniquely creative environment under the guidance of internationally acclaimed screenwriters from all over the world (Creative Advisors).

The eleventh round of Rawi Screenwriters’ Lab will take place from November 9th to November 13th, 2015 in Jordan whereby 4 to 8 screenwriters will be selected to participate in this year’s round.

In 2015, four to eight screenwriters (Fellows) will be selected to join the lab and experience one-on-one mentoring sessions from internationally acclaimed screenwriters (Advisors) from all over the world. The emphasis of the lab is to develop the writer’s individual voice as a storyteller. Advisors and fellows will engage in an in depth dialogue about the craft of screenwriting and rewriting process, as well as the fellows’ individual vision for their story.

Visit the Official Webpage of the Rawi Screenwriters’ Lab