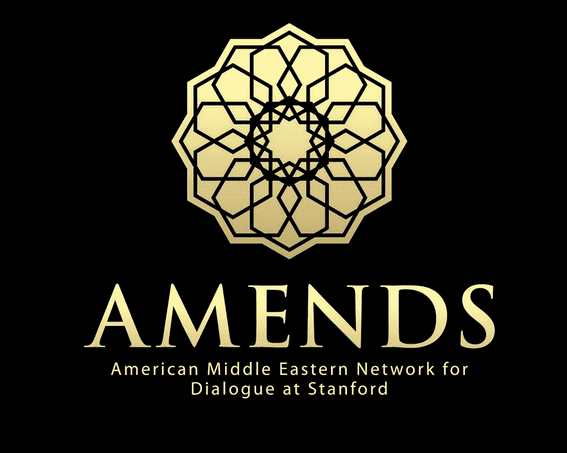 American Middle Eastern Network for Dialogue at Stanford (AMENDS) is a student initiative at Stanford University that brings together the most promising youth change agents from across the Middle East, North Africa, and United States to learn from each other, connect with global leaders and resources, and share, through TED style talks, their ideas and experiences with the world.

About the Conference:
– The 2016 AMENDS Conference will take place from Wednesday, April 6th – Sunday, April 10th.
– The 5th annual delegate conference will be hosted at Stanford University, CA.
– Approximately 24 delegates will be selected to come to Stanford.
– The last conference at Stanford, AMENDS selected 32 delegates from a pool of over 500 applicants.
– Applications will be accepted until September 15th. No extensions will be granted.

AMENDS has three main components: networking, summit, and the AMENDS Talks. During the summit, delegates will share their ideas, collaborate on their initiatives, and interact with world leaders in workshops, panel discussions, and formal networking events. The conference will culminate in the AMENDS Talks, presentations from all of the delegates on their initiatives, ideas, and experiences. These presentations will be shared online for the world to see.

Five years ago, the protests across the Middle East inspired us to create a space for the most promising youth change agents from across the Middle East, North Africa, and United States to collaborate on their work, connect with global leaders and resources, and amplify their voices. Since then, AMENDS has brought together over 120 extraordinary youth leaders from eighteen countries, reached nearly 70,000 people from around the globe, and created relationships that will continue to transform the United States and the Middle East.

Eligibility Requirements:
Applicants must:
– be 18 – 28 years old.
– have innovative ideas and well thought-out initiatives that could affect positive change in the world.
– have initiatives addressing political, social, or economic issues pertaining to the Middle East in innovative ways.
– demonstrate the potential to further understanding between the respective regions and demonstrate – -potential to influence American-Middle Eastern affairs.

Accepted delegates will:
– Present a 10-12 minute video talk about their initiative at Stanford University. Hosted on our channel, these talks have nearly over 70,000 people.
– Attend a networking dinner.
– Receive financial and logistical assistance with flights and visas to and from Stanford, CA. Accommodations and food will be provided.
– Attend workshops and talks at Stanford. In the past, this has included a talk by Prince Moulay Hicham, a workshop on presenting by the Stanford Graduate School of Business, and a workshop on design thinking by the Stanford d.school.
– Join and take leadership in the AMEND Fellows Network, a self-sustaining network of 120 former delegates.

For the past 3 years, a separate conference has been held annually for fellows at Koç University in Istanbul, Turkey.

Visit the Official Webpage of the AMENDS Conference 2016