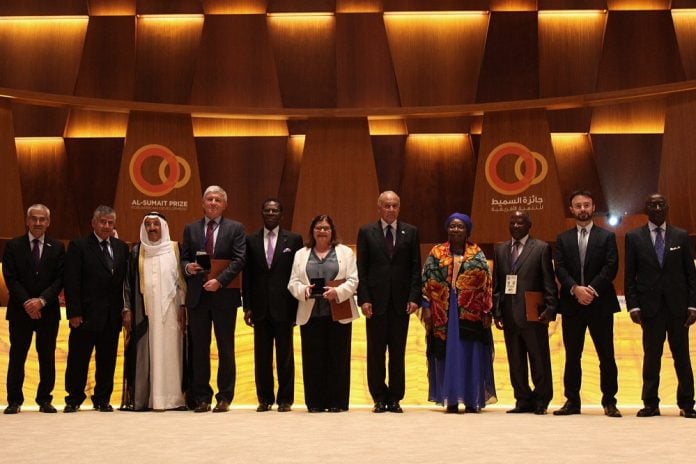 His Highness Sheikh Sabah Al-Ahmad Al-Jaber Al-Sabah, the Amir of the State of Kuwait, presented an initiative to the third African Arab Summit hosted by the State of Kuwait in November 2013 in support of the development of African Nations. The initiative establishes an annual award named after the late Dr. Abdulrahman Al-Sumait, a Kuwaiti medical doctor who dedicated his life to raising funds to support humanitarian and charity work for health, education and food projects for the less fortunate in African Nations.

The award title is ‘Al-Sumait prize’ for advances in the fields of Food Security, Health and Education in the African continent. The prize is to be awarded annually to individuals or institutions within one of these fields and has a value of $1,000,000 (One million US dollars).

The objective of the prize

The objective of the prize is the recognition and appreciation of the best studies, scientific projects, applied research and innovation that have made a significant and lasting influence in advancing progress to economic and social development on the continent of Africa. The awarded projects should help African nations overcome poverty, hunger, lack of potable water, injustice or to improve health care, literacy and the allocation of economic resources. The prize should also highlight successes within the following areas: Food Security, Health and Education.

A cash sum of $1,000,000 (one million US dollars) is awarded annually to an individual or organization within one of the three fields mentioned above along with a gold medal and certificate of recognition. The Kuwait Foundation for the Advancement of Sciences (KFAS) and the Board of Trustees for the prize will oversee the prize.

KFAS will provide administrative and logistic support and cover their costs. The announcement of the prize and an invitation for submission of nominations will be advertised annually in one of the areas of the prize, via social media and on the KFAS and Al-Sumait prize websites as well as by invitation email and advertisements.