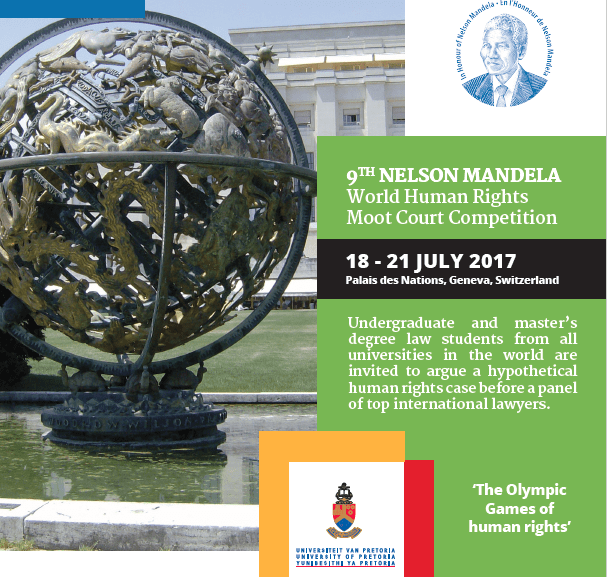 The Centre for Human Rights at the University of Pretoria, South Africa, in collaboration with the Office of the United Nations High Commissioner for Human Rights and other partners, is organizing the 9th Nelson Mandela World Human Rights Moot Court Competition at the Palais des Nations in Geneva from 18 to 21 July 2017.

The competition, which is held in English, is open to undergraduate and masters law students from universities around the world. Students are invited to argue a hypothetical human rights case before a panel of top international lawyers.

The competition is expected to bring together up to 75 participants from as many as 25 universities representing the five UN regional groups.