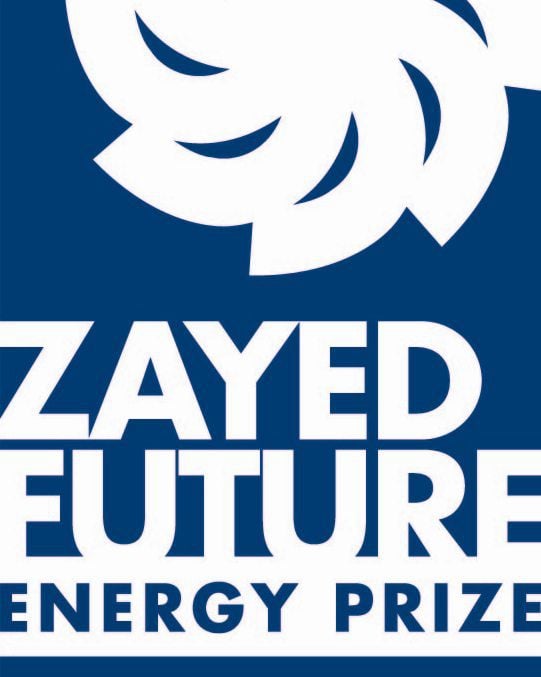 The Zayed Future Energy Prize is an annual US$ 4 million award, which recognizes individuals, companies and organizations that have made significant contributions in the fields of renewable energy and sustainability. High Schools, however, are asked to submit a proposal for funding consideration.

“Based on the legacy of sustainability left by the Founding Father, Sheikh Zayed bin Sultan Al Nahyan, the Zayed Future Energy Prize is fast creating that much needed ripple effect around the world,” said Dr. Sultan Ahmed Al Jaber, Director General of the Zayed Future Energy Prize. “From China to Mexico and from Germany to Tanzania; over the past five years, the Prize has continued to award and reward the innovators of our time in the hope that the impact of the Prize will enable the world to address our collective future energy challenges.”

Launched in 2008, the Prize has gained global recognition and built a strong reputation as the most influential award in the renewable energy and sustainability community. Submissions and nominations have increased 300 percent over the past five years as recognition of the value of the Prize grows.

“The Zayed Future Energy Prize invites the global community to join forces and strengthen its commitment to renewable energy and sustainability. Our previous winners have collectively reduced the plight of 140,000 displaced persons, provided hundreds of thousands of jobs and provided clean water and electricity to over 8 million people in villages and rural parts of Africa and Asia. We encourage companies, individuals and schools from across the world to join us in solving the energy challenge and participate by submitting their applications before August 5,” continued Dr Al Jaber.

The winners of the Prize are chosen according to a stringent four-stage selection process, including a shortlisting by an independent research and analysis firm and evaluation by the Review committee and Selection committees respectively. In the fourth and final stage, the jury comprising heads of state, leading academics, energy experts and world renowned personalities with an interest in sustainability, discuss and select the winners and runners up in each award category. Evaluations and eliminations are made using a scoring matrix based on the Prize’s four main criteria: impact, long-term vision, leadership and innovation.

Winners will be announced on January 20, 2014, at an award ceremony to be held in Abu Dhabi as part of the Abu Dhabi Sustainability Week.

Candidates can either apply for the Large Corporation, SME,NGO or Global Highschool category, or nominate a candidate for the Lifetime Achievement Award.

For Submissions, we kindly ask you to fill to register as a candidate and proceed to log-in in order to begin filling out the application form. For your convenience, you will be able to save and return to your submission at anytime.

For Nominations, please note that you will not have to register. Nominating an candidate for the Lifetime Achievement Award will require that you simply fill out the nomination form.

There are no fees associated with completing an entry for nominations or submissions. Please also note that nominations and submissions will only be accepted in English.

Launch of Nominations and Submissions – March 4, 2013

For More Information: Visit the Official Webpage of the Zayed Future Energy Prize