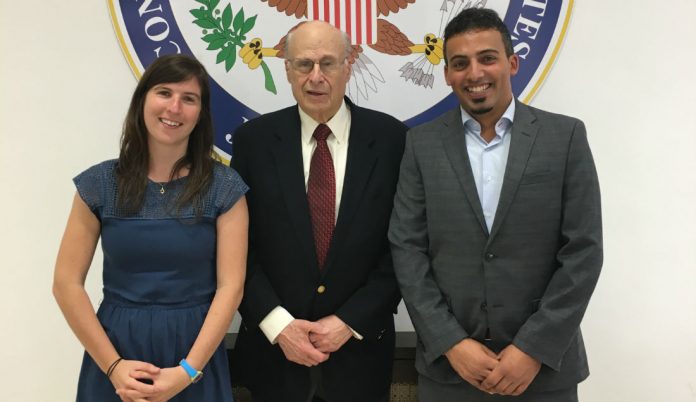 IIE is now accepting nominations for the 2018 award cycle. The Prize recognizes one Muslim Arab and one Jewish Israeli working together to advance peace in the Middle East.

IIE awards the IIE Victor J. Goldberg Prize for Peace in the Middle East annually to recognize outstanding work being conducted jointly by two individuals, one Arab and one Israeli, working together to advance the cause of peace in the Middle East. The two individuals whose work is judged to be most successful in bringing people together and meeting the goals of the Prize share a US$10,000 prize. The winners are selected by a prestigious international selection committee. Award ceremonies are generally held each June, along with public announcement of the winners to press and social media.

Goals of the Prize:

Visit the Official Webpage of the IIE Victor J. Goldberg Prize for Peace in the Middle East