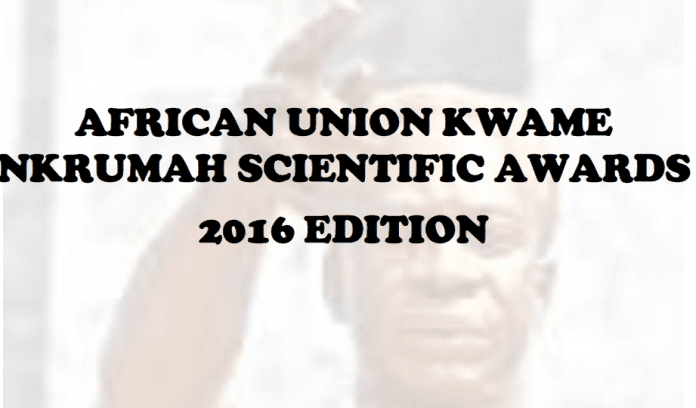 The African Union Commission launched the prestigious African Union Scientific Award Programme on 9 September 2008. Under this programme prizes are awarded to top African scientists in each of the following two sectors (a) Life and Earth Science; and (b) Basic Science, Technology and Innovation. The objective is to recognize, award and honor outstanding excelling African Scientists women, men alike and younger researchers for their scientific achievements, discoveries and innovations. This raises the profile of science and technology sector in the African Union Member States and Africa as a whole and thus contributing to Africa’s sustainable development, poverty alleviation and integration efforts.
This programme is implemented in three levels as below:
1. The Continental Award which is open to all African scientists is the highest level of the programme and is implemented and managed by the commission. The two successful winners of the award will each receive the current prize of 100,000USD during the Heads of States and Government Summit in January 2017.

2. The Regional Award level is implemented in partnership with the Regional Economic Communities (RECs). It is aimed at promoting the participation of African women in Science, Technology and innovation. The Commission organizes the awards ceremony for the two winners per region who receive the current prize of 20,000USD each.

3. The National Young Scientists Award is implemented by Member States who have signed the implementing agreement with TWAS and the AU Commission. They implement the programme through the National Academy of Science or by the National Research Council according to the signed agreement within a stipulated time-frame. This award is intended for young scientists both women and men and the two winners per country receive the current prize of 2,000USD each. The agreement can be obtained from TWAS via e-mail: [email protected].

ORGANIZATION OF THE AWARDS

One award per each of the following scientific sector shall be given out at each level:
a) Life and Earth Sciences; and
b) Basic Science, Technology and Innovation
NB: The sectors are defined in 2 above.

The Application forms are available from:

For any enquiries and or clarifications, please contact the secretariat of African Union Kwame Nkrumah Scientific Award Programme. For equal treatment answers to various questions will be posted on the AU Commission official website for this programme:
– E-mail: [email protected]