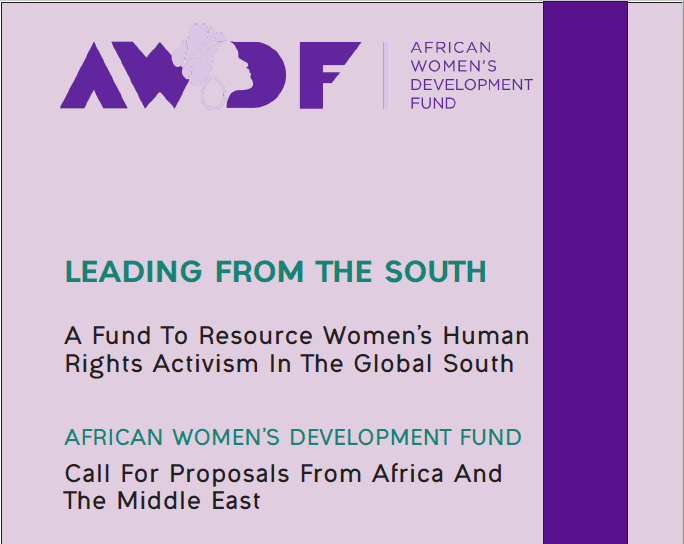 The African Women’s Development Fund was established in 2000, as an Africa-wide
philanthropic, grant making initiative to support the realisation and fulfilment of African
women’s rights through funding of autonomous women’s organisations on the continent.
AWDF works towards the creation of healthy, just and inclusive societies framed by equality, peace and respect for women’s rights. Since its founding, AWDF has awarded more than US$30 million in grants.

AWDF is one of four Women’s Funds from the Global South managing Leading from the
South – a funding initiative created to resource women’s rights activism in the global South
over 4 years. The fund was initiated with support from the Netherlands Ministry of Foreign
Affairs as part of their commitment to the implementation of Sustainable Development Goal
5. It supports activism devised, implemented, and led by women’s rights organisations in
the global South.

The LfS fund is being implemented by four women’s funds: Three are
Regional Funds:

AWDF is mandated to fund in all 54 African countries. Under the Leading from the South
initiative AWDF has expanded its grantmaking mandate to include selected countries in the
Middle East.

– at least 70% women involved in the governing board/body
– a stated commitment to women’s rights/gender equality in the organisational
mission/vision/values
– At least 70% of programmatic resources must be dedicated to direct programming
on women’s rights;
– the project applied for will be managed by a woman