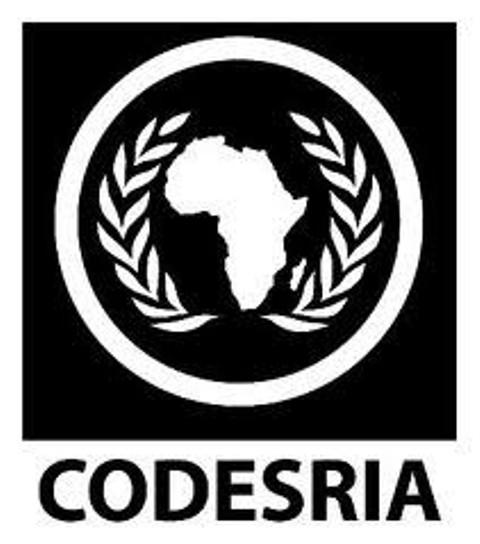 The Council for the Development of Social Science Research in Africa, CODESRIA, invites applications from academics and researchers from African universities and research centers to participate in the 2017 session of the Gender institute, which will take place in Dakar, Senegal from May 14-25, 2018.

Over the last two decades, CODESRIA has convened an annual gender institute to fortify efforts at integrating gender research and scholarship into the mainstream of social science in Africa. The overall objective of the gender institute continues to be to contribute to a greater awareness about gender issues in African social research milieus, the integration of gender analysis into social research undertaken in Africa, and the inclusion of gender approaches in the agenda of social science debates on methodology. Besides, the institute has served as a strategy to catalyze efforts by feminist academics in the universities to create space for women’s studies as a new epistemology in the study of the disciplines and challenge the prevailing androcentric view of society and culture. Ultimately, these efforts were not meant to be ends in themselves. They were part of the broader efforts to make universities in the continent much better and entrench them as critical spaces for the continent’s transformation.

After slightly over two decades of CODESRIA’s engagement with issues of gender scholarship using various fora, including the Gender Institute, the 2017 session of the institute seeks to provide an opportunity for participants to reflect on gains made and persisting challenges. This is especially in respect to the ways in which the engagements have made universities in Africa better institutions to spearhead the project of social transformation.

Universities in the continent have grown tremendously. New continental, regional and national level development blueprints such as the African Union’s vision 2063 place higher education and gender dimensions as central to realizing the visions articulated in different policy documents. At the institutional levels, enrollments are surging, institutional diversity is growing and missions have been reviewed to refocus the teaching and research functions of universities to better address societal needs. Feminist scholarship now flourishes in a number of institutions compared to the situation two decades ago. Revised curricular, new access policies and funding interventions have increased the number of women participating in the institutions.

At the same time, there is a sense that the institutions continue to operate in a manner that does not engage more organically with emerging problems in society. Increased graduate unemployment has, for example, been blamed on lack of better preparation at the institutions; growing pressures for curriculum reform and decolonization, including pressures to decolonize feminist scholarship abound; new challenges in graduate education are emerging, including the urging to connect graduate level teaching and research to global trends; among others. These issues bring into focus the need to re-examine how the various developments, including a greater embracement of feminist and gender scholarship, have contributed or limited the potential of the institutions to connect more organically with society.

Universities have since their establishment been conceived as critical drivers of social transformation and change. At the very least, this conception implies that universities have to work in ways that trigger fundamental changes in society’s core institutions, the polity and the economy, with major implications for relationships between social groups or classes, and for the means of the creation and distribution of wealth, power and status. This means going beyond the reproduction outcomes that have often been more apparent to examining the potentials that academic discourse creates to fundamentally reshape social relations for the common good. The immersion of feminist scholarship into all aspects of university life in Africa therefore logically creates an expectation of alternative outcomes. Indeed, transformation is at the very core of feminist praxis. As a theory of knowledge and an intellectual practice, feminism deconstructs the epistemological foundations of patriarchy and contributes to the emancipation of women as subjects, but also in the transformation of institutions as sites for critical intellectual engagements.

Feminism and gender discourses have potential to create alternative visions of society by challenging structural obstacles to progressive social change. While past scholarship has focused on examining how the institutions have been made receptive to feminist scholarship and to the female gender in a physical and epistemological sense, it is time reflections were made on the extent that feminist scholarship has made universities in Africa better institutions for society; for the transformation project. How empowering has gender scholarship been in imagining better approaches to studying and producing knowledge on and about Africa?

Candidates submitting proposals for consideration as laureates should critically interrogate the outcomes of feminist and gender scholarship in connection to the broad debate on the role of higher education in social transformation; understood more generally as the radical and fundamental changes in society’s core institutions, the polity and the economy, with major implications for relationships between social groups or classes, and for the means of the creation and distribution of wealth, power and status. Proposals should more specifically interrogate issues revolving around trends in knowledge production and consumption, its content, quality, utility and demand for Africa’s transformation and its fit with regards to sustainable development concerns in Africa.

Candidates submitting proposals for consideration should be PhD students or early career academics in the social sciences and humanities and those working in the broad field of gender and women studies. Scholars outside universities but actively engaged in the area of policy process and/or social movements and civil society organizations are also encouraged to apply. The number of places available for laureates of this Institute is only twenty (20). Africa-based academics and non-African scholars who are able to support their participation are also encouraged to submit proposals for consideration.

Applications for consideration as laureates for the Institute should include:1. One duly completed application form in a World format (see attached document);2. An application letter indicating institutional or organizational affiliation;3. A curriculum vitae;4. A research proposal of not more than ten (10) pages, including a descriptive analysis of the work the applicant intends to undertake, an outline of the theoretical interest of the topic chosen by the applicant, and the relationship of the topic to the problematic and concerns of the theme of the Institute;5. Two (2) reference letters from scholars or researchers known for their competence and expertise in the candidate’s research area (geographic and disciplinary), including their names, addresses, telephone numbers and e-mail addresses;6. Copy of the Applicant’s passport.

The deadline for the submission of applications is 15 March 2018. All applications should be sent by email to: [email protected] .

Visit the Official Webpage of the CODESRIA Gender Institute 2017