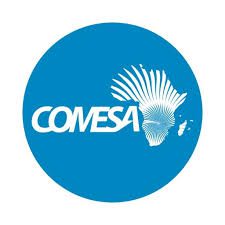 The Common Market for Eastern and Southern Africa (COMESA) announces the call for entries for the 2018 COMESA Media Awards. The Award scheme is conducted every year to recognize and reward journalists who have contributed to regional integration by publishing and producing broadcast stories on the subject.

Objective of the Awards

The objective of the Awards is to promote reporting of COMESA regional integration projects hence raising public awareness, understanding and participation and ownership. Relevant topics for entry include: development projects involving more than one COMESA member State or a national project which have a regional dimension. Such projects cover trade, infrastructure (energy, transport, ICT), investments, gender etc. If an article is not about a COMESA programme, at least it should mention a similar or related COMESA programme to demonstrate that the author is aware about such COMESA programmes.

The awards are open for published and broadcasted works in the fields of print, radio, television, and online media. Only journalists who are COMESA nationals are eligible for the competition. The competition is open to individual journalists and not media institutions or organisations;

All works entered for the competition shall be in one of the COMESA official languages, namely Arabic, English and French

Entries shall consist of the following:

Selection of the best works will be decided upon by an adjudication panel identified by COMESA Secretariat from Member States. The winners will get sponsorship to the COMESA Heads of State Summit, Summit, a monetary award, a trophy and a certificate.

Visit the Official Webpage of the COMESA 2018 Media Awards.