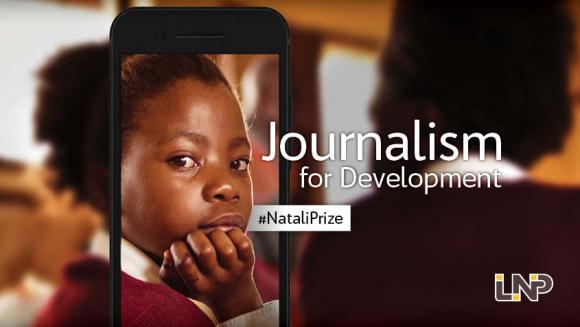 The Lorenzo Natali Media Prize was launched in 1992 to recognise excellence in reporting on development issues, inequality, human rights, and poverty eradication. It was created by the European Commission’s Directorate-General for International Cooperation and Development (DG DEVCO), and named after Lorenzo Natali, an early champion of European development policy.

Today, the Lorenzo Natali Media Prize’s community of past winners, jury members and partners have created a platform supporting reporting on development. The Prize also gives a voice to those whose vital message is often overlooked or ignored.

The Prize is organised by the European Commission in close collaboration with strategic regional partners and ambassadors.

The overarching theme of the 2019 Lorenzo Natali Media Prize is journalism for development. Entries to this year’s competition should relate to to development cooperation issues such as, but not limited to, youth, gender equality, health, climate change, etc.

The European Union and its member states jointly provide over half of all official global development aid, making it the world’s leading donor. The New European Consensus on Development aligns the EU with the United Nations 2030 Agenda for Sustainable Development.

The 2019 Lorenzo Natali Media Prize will be awarded in the following three categories:

Winning journalists will receive their award at the Lorenzo Natali Award Ceremony at the 2019 European Development Days, which take place in Brussels on June 18-19, 2019.