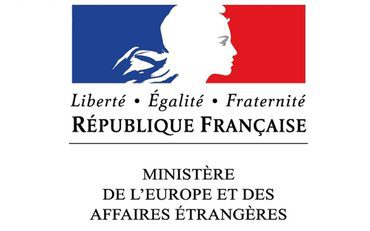 Applications are now open for the 2019 “Liberty, Equality, Fraternity” Human Rights Prize of the French Republic, awarded by the Prime Minister of the French Government.

This Prize, created in 1988, is awarded in recognition and support for the completion of individual or collective projects carried out in the field, in France or abroad, regardless of nationality or borders, to promote and protect human rights.

1 – Non-governmental organizations (NGOs) and individual candidates, regardless of nationality or borders, should present an application on one of the two themes for 2019.
This application should include a field initiative or project to be implemented in France or abroad.

Thirty years ago, the United Nations General Assembly adopted the Convention on the Rights of the Child. To mark this occasion, the French National Consultative Commission on Human Rights (CNCDH) has decided to honour initiatives by young human rights defenders, working individually or collectively to promote and defend human rights.

The expression “human rights defender” designates anyone who works individually or in association with others to promote or protect human rights. Article 1 of the Declaration on Human Rights Defenders (General Assembly Resolution A/RES/53/144 adopted on 9 December 1998) states that “everyone has the right, individually and in association with others, to promote and to strive for the protection and realization of human rights and fundamental freedoms at the national and international levels.”

A young human rights defender is someone aged under 18 (pursuant to Article 1 of the Convention on the Rights of the Child). The situation of young defenders, who face a growing number of attacks and threats around the world, has been highlighted by the UN Special Rapporteur on Human Rights Defenders and the UN Committee on the Rights of the Child.
The Human Rights Prize will reward and honour the actions of one or several young defenders.

• Theme 2: the duty of brotherhood

Article 1 of the Universal Declaration of Human Rights states that “All human beings […] should act towards one another in a spirit of brotherhood.” This brotherhood involves recognizing the inherent dignity of all members of the human family. Brotherhood and dignity are central to the universality of human rights.

Because the principle of brotherhood is based on the idea of human dignity, it means acting with solidarity, respect for others, tolerance, and goodwill. It means rejecting discriminatory attitudes (especially those that could lead to racist behaviour), shunning hatred and refusing to act against someone due to their age, gender, or social, ethnic or religious background. As such, brotherhood has an altruistic dimension, and includes the ability to recognize, accept and welcome the uniqueness of other human beings.

With this in mind, applications are open to individuals or NGOs that run one or more projects seeking to address humanitarian needs, providing relief and assistance to people in need, whoever they are, particularly by extending an unconditional welcome.

Projects may also include advocacy initiatives or efforts to defend the duty of brotherhood and the freedom to provide assistance for humanitarian purposes, regardless of origin, religion, social background or administrative status.

2 – The five prize winners will be invited to Paris for the official ceremony.
They will receive a medal and share a total sum of €70,000, awarded by the CNCDH and to be used to implement their projects.
Five runners-up will be awarded a “special mention” medal by the French ambassador in their country of origin.