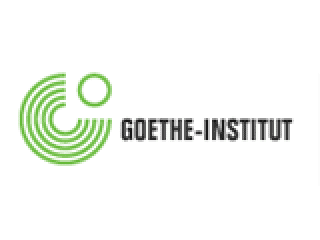 The Goethe-Institut is announcing its international 2013 Inter-Culture Award for next-generation researchers in economics. The award ceremony will be held as part of Deutsche Welle’s 6th Global Media Forum (17 -19 June, 2013). This event will mark the third time this prize for the advancement of intercultural research and scholarly dialogue has been awarded. In 2011 and 2012 the prize was awarded in the disciplines of philosophy and sociology.

The Inter-Culture Award’s purpose is to promote intercultural dialogue above all in the humanities and social sciences. By awarding this prize to innovative next-generation economic scientists, the Goethe-Institut is also seeking to contribute to the perception of economic sciences as spheres of action of the German Foreign Ministry’s foreign cultural and educational policy.

“Financial turmoil and intercultural differences — perspectives from Europe and beyond”

In the past months, economic inequalities within the Euro-zone and heated discussions about the debt crisis have led to a new focus on economic, structural and cultural conditions for economic activity and administration. The credit ratings of the rating agencies seem to confirm old prejudices which, at times find dubious echo in the media and public opinion.

Your essay should illuminate current financial developments in connection with cultural differences and their perception – as vividly and concretely as possible. Intra-European reflection as well as views from without, or comparison with other economic zones and/or federations, are of interest.

The following issues can play a role when drafting your essay:

The call for submissions is directed at next-generation academic researchers of Economic Sciences. Primarily post-docs are designated here, however, doctoral and habilitation candidates and junior professors can also participate. There is no age limit.

Participation in the Goethe-Institut’s Inter-Culture Award competition is expressly not limited to German-language researchers. The submission of a contribution in German or English in the form of an essay discussing new approaches in economic research in the above-mentioned thematic field and /or advancing relevant debates at the international level is required.

The Goethe-Institut has a fundamental interest in rendering academic research accessible to the public. Apart from in-depth elaboration with designation of the sources used, it is also desirable for scientific considerations to be developed in a personal discussion format that is as practice-oriented as possible. The text is to be formulated in generally understandable language that is accessible to an interested (non-specialist) public.

Contest contributions can be submitted until 14 of April 2013 to:

Contributions must not exceed 40,000 characters (including spaces) in length, and must meet internationally accepted standards and requirements in terms of form and content. For purposes of checking the number of characters, contributions must be submitted in a standard word processing format (such as a Word document) and as a PDF document.

You must also submit a C.V. in tabular form and a declaration stating that your contribution was written independently and exclusively with the aid of separately listed resources.

Your contribution, C.V. and statement affirming your independent academic research must be submitted in both electronic (preferably as an email attachment) as well as in paper format.

The selection will be made by a jury appointed for this purpose. Among the Jury members are Prof. Dr. phil. Joseph Vogl, Humboldt University Berlin, member of the science advisory board of the Goethe-Institut; Ulrich Braess, director of the Goethe-Insitut Milan; Prof. Dr. Michael Hutter, director of the “Cultural Sources of Newness” unit at the Social Science Research Center Berlin (WZB) and “Knowledge and innovation” Research Professorship, Technical University Berlin. The nomination of the award winner for 2013 will be presumably concluded by the end of May.

The award is earmarked as funding for publication costs or as a support grant for your project, with a total purse of €  2500 (in words: two thousand five hundred euros). The Goethe-Institut must be expressly named in your publication or project. An earmarked disbursement is excluded.

The award winner will be invited to Bonn for the award ceremony at the Global Media Forum 2013 (17 –19 June). All expenses will be covered by the Goethe-Institut.