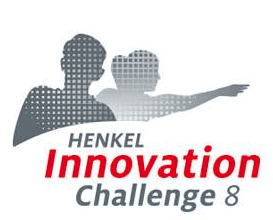 Application Deadline: December 10 2014
The Henkel Innovation Challenge 8, organized by Henkel AG & Co. KGaA (hereinafter “Henkel”), Henkelstraße 67, 40589 Düsseldorf, Germany, is an international student business game. The aim of HIC 8 is to offer students the possibility to translate theoretical knowledge into practice and make a business experience, working in close contact with Henkel managers. In the course of the challenge, a team of 2 students develops a business plan for an innovative Henkel product or technology for a Henkel brand in 2050, which also contributes to sustainable development

Build a team of 2 students, create an innovative concept, be coached by Henkel managers, compete with students around the world, learn about sustainability, and bring your creative and strategic management skills to the next level.