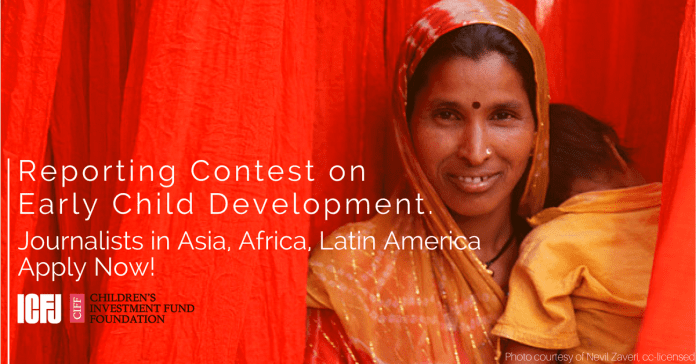 Journalists in Asia, Africa and Latin America have a chance to win a prestigious international study tour as part of a contest to recognize the best stories on early childhood development.

ICFJ will recognize in-depth, investigative or innovative reporting that has helped raise awareness on issues such as early nutrition, early child care, early education and their impact on a child’s future well-being and contributions to society.

Experts on early childhood development say that proper nutrition in the first 1,000 days of a child’s life has lasting impacts on his or her future.

Winners will be chosen in three categories: best report, best visual storytelling and best data-driven story. Each winner will receive a cash prize and a week-long trip to the United States to meet with global health experts and digital media pioneers.

Contest topics may include:

Entries will be judged by an international panel of media and child development experts. Winners will be announced January 5, 2017.