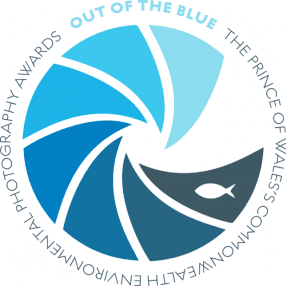 Good pictures can tell stories in ways that words sometimes cannot. RCS hope that ‘Out of the Blue’ will inspire Commonwealth citizens to use photography to engage with the vast blue world around the Commonwealth, to celebrate its beauty, highlight its importance and alert global leaders to its vulnerability.

By doing so, people of the Commonwealth can directly encourage global leaders to take positive action and adopt more of the solutions that we know are at hand to protect and use natural resources in a sustainable way.

Competition entries are invited in the following categories.

Images in this theme will be judged on their power to inspire a greater appreciation of the natural riches of our blue world.

People and the Oceans

Images in this theme will be judged on their ability to convey the interdependence between the human world and that of the oceans, seas and coastal environments. Winning entries might, for example, emphasize how healthy marine environments sustain people’s welfare through fishing or tourism.

Images submitted in this category will be judged on the extent to which they might raise awareness about the different ways in which the human race can impact on oceans, whether positively or negatively.

Visit the Official Webpage of the Out of the Blue: The Prince of Wales’s Commonwealth Environmental Photography Awards