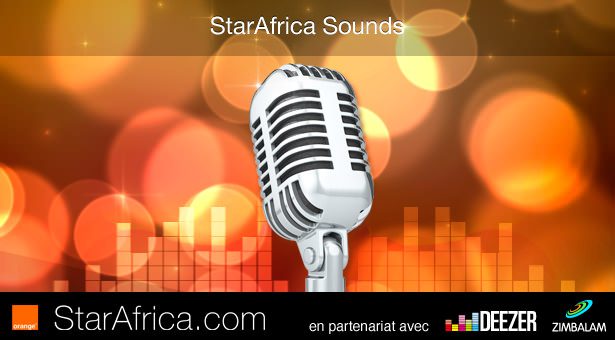 You’re a talented musician looking forward to get famous on the African scene ? The StarAfrica Sounds contest is for you!

In order to promote new African music talent, StarAfrica.com launches the second edition of the StarAfrica Sounds music contest, in partnership with Deezer and Zimbalam.

Open to all, this contest aims to highlight the new musical talents of the continent.

Open to all, the contest aims to give maximum visibility to artists coming from the African continent, notably through the distribution of their songs on the main streaming and downloading streaming platforms.

The first stage will be held between April 2013, 15th and May 2013, 31st: the candidates (singers, groups, artists, musicians…) will have the opportunity to register on StarAfrica.com, proposing an original song, representative of their musical universe. This song will then be online on StarAfrica.com, available for everyone to enjoy.
The second phase, from May 31st to July 1st, will let the public vote on StarAfrica.com and support their favorite candidates. The 5 candidates who will have collected the highest number of votes will then be selected for the final.
In a third and final stage, a jury composed of music professionals will designate the overall winner from the five finalists. His identity will be revealed in exclusivity on StarAfrica.com on July 2013, 8th.

The StarAfrica Sounds contest will allow the finalists to have their songs on Deezer Africa and North Africa, and distributed on the main digital platforms thanks to Zimbalam. Moreover, many prizes are to be won:

The StarAfrica Sounds previous edition had been marked by the participation of more than 60 artists, coming from 19 countries, and the final victory of Kutchala Sutchi with his song “Gomanan”.

Deezer, the global music subscription service, recently launched in Africa bringing people access to over 20 million songs on any device with just one subscription.