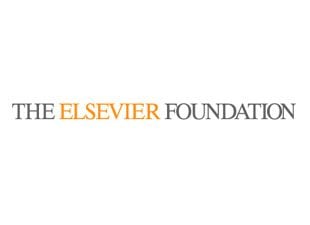 Research excellence nominations accepted through September 15 to support research, build capacity and inspire a new generation of women scientists in the developing world

The Elsevier Foundation, the Organization for Women in Science for the Developing World (OWSD) and TWAS, the academy of sciences for the developing world hereby call for award nominations for the 2014 Elsevier Foundation Awards recognizing talented early career women scientists from Africa, the Middle East, Asia, Latin America and the Caribbean. This year’s awards program will focus on chemistry.

The five winning scientists will be celebrated for their research excellence, and receive a cash prize of US$5,000 in addition to a year’s complementary access to ScienceDirect and all-expenses paid attendance at the annual American Association for the Advancement of Science (AAAS) conference in February 2014.

Nominations will be accepted from April 10th through September 15, 2013. The award winners will be announced in February 2014 at the AAAS annual conference.

Each year, the Elsevier Foundation Award Program, in collaboration with OWSD and TWAS rotates between disciplines (medical/life sciences, chemistry and physics/math) to ensure optimal exposure and networking synergies.

The 2013 Elsevier awards issued in Boston in February, awarded five medical and life sciences researchers from Bangladesh, Yemen, Peru, Nigeria and Mongolia for their research excellence.

Nominations for the awards will be accepted from early career scientists (within ten years of graduating with a PhD degree) from the 81 scientifically-lagging countries as defined by TWAS. All nominations will be reviewed by a committee of eminent scientists representing the five regions in the discipline selected, including members of TWAS and OWSD, and chaired by OWSD president, Prof. Fang Xin.

“TWAS sees these awards for early-career women scientists as extremely important,” said Romain Murenzi, the Academy’s executive director. “Not only do they recognize life-enhancing and life-saving research, but they send a message to younger generations of girls and women: We need you, and we need your best work, to address the great challenges that confront all people and all societies. We’re honored to work with the Elsevier Foundation and OWSD to recognize this excellence in research.”

“Partnering with TWAS and OWSD to pay tribute to women scientists in the developing world is an honor given their unique insights into conducting science in the Global South,” said David Ruth, Executive Director of the Elsevier Foundation, “These awards have taught us a great deal about the challenges and dynamics faced by women scientists as they navigate their academic disciplines within their countries.”

Award Nomination forms may be downloaded from the OWSD website and submitted by September 15, 2013 to [email protected]